Revolutionary dreams: watching the insurrection from an ocean away

It appears to be the case that during quarantine people have been dreaming more, and more vividly. Rather than attempting to explain why this should be the case, as many have already done, I’d like to reflect on the fact that we aren’t simply dreaming more than we normally do, lately we have also been living in some kind of dreamworld. Not in the sense that the last months have been ideal, far from it in fact, but in the sense that in spite of the many pedantic voices reminding us that we should have seen it all coming the recent string of events is pretty extra-ordinary. Our grandchildren and their grandchildren will read bemusedly about the coronavirus pandemic and the current uprising across the United States in their history books or whatever they will use in a hundred years. While I can see why one could be unsympathetic to the claim that we are living in some kind of dream, I intend to show why it can be useful to think of the current moment in these terms.

When thinking of dreams, I am always reminded of the one that a father whose son had recently died reported to Sigmund Freud. The analysand had this dream, which was rather a nightmare, after falling asleep beside the coffin of his little child: the latter, whose body was on fire, approached the man in his sleep crying to him “Father, can’t you see I’m burning?” The practical and rather uninteresting explanation of this dream rests in a phenomenon that we have all experienced: something disturbs our sleep but suddenly it becomes a feature of our dream. This is a simple but ingenious strategy that our brain employs so that we can hang on to our sleep (and our dreams) for a few more minutes when disturbed by some external intrusion. In the case of Freud’s analysand, a candle had tipped over setting fire to a piece of cloth that rested on the child’s coffin. The fire that was in the ‘real world,’ whose heat and smell the man could probably sense even though asleep, was thus translated (in the original Latin sense of ‘trans-latum’, that is, transported) into the dream.

But wasn’t the appearance of the burning child in the father’s dream getting at something deeper, something that was already there before the candle tipped over and set fire to the coffin, which this event simply brought to light? That the analysand unconsciously put the words “can’t you see I’m burning?” in his son’s mouth revealed the father’s terrible worry: “Am I responsible for my son’s death? Could I have done more?” Wouldn’t any father be confronted with the same devastating questions if their son had died? The son’s vocative use of the word “Father” points exactly to this: “how could you, my father, allow my death?”

We can now switch back to the current moment and try to think of it as a dream. As a pandemic unlike anything we have experienced before unfolds and takes a huge toll on hundreds of thousands of Americans, protests whose magnitude I can’t even fathom—as I watch the events unfold an ocean away from my hometown in Italy—have exploded. It all seems surreal. To be sure, the pain for George Floyd’s death is very real, but even as I was watching the video of his killing, I was in disbelief, wondering how this is still happening.

Let me be clear. I am not surprised that police brutality can lead to the death of a black man, as it has too many times in the past to be considered a mistake, a mere exception to the rule, but it is nonetheless painful to bring oneself to accept that something so terrible did happen for real. As regards the protests, what contributed to my feeling that I have been dreaming rather than watching the news is the fact that, heavily jetlagged, I was up until 4.30 am for days. Tired but unable to sleep, I watched police cars and precincts burning down throughout America, shops being looted, and millions of people courageously taking to the streets as I was in that semi-waking state where the body steps in and out of sleep, the line between dream and reality gets blurred and dreams get confused with reality. Was the uprising real or was I dreaming, I kept asking myself.

In the case of Freud’s analysand’s dream—we saw—the strictly empirical reading of the dream was superficial, unable to touch any of the deeper issues that the dream was exposing. Explaining the appearance of the burning son in direct causal terms by the fact that the burning cloth had been ‘translated’ into the dream totally missed its significance. Similarly, to look at the fires and the looting and explain them away as the product of blind, inexcusable, rage or as some have suggested—out of ignorance or bad faith—as the actions of some isolated agitators, would be to grossly misread their significance. As put by Asad Haider, “the fact that today’s rebellions are destructive, or even violent is simply inevitable in a context in which people have been systematically oppressed and exploited, when they are murdered on a daily basis by poverty and police violence. Instead of being afraid of the destructiveness of direct action, we have to recognize its historical inevitability.” Just like the burning kid represented the anxieties that likely disturbed the analysand’s waking life, the fires in our ‘revolutionary dream,’ the police cars burning around Brooklyn and the police precinct burning in Minneapolis are the counterpart to the suspension of basic rights such as housing and healthcare and for some, especially Afro Americans, of the right to life. A series of stress-factors that have piled up in the collective unconscious and that now erupt just like the anxieties of Freud’s analysand erupted in his dream.

When interpreting the latter, Jacques Lacan focused on the fact that upon being asked that daunting question—“Father, can’t you see I am burning?”—the man woke up. Why did he wake up, Lacan wondered? As Žižek suggested, while the father had found a way to work around the external intrusion (the heat and the smoke caused by the real fire) so as to keep on sleeping and dreaming, what his unconscious presented to him in the dream was much more traumatic then the original disturbance. The father “awakens so that he can escape into reality,” says Žižek, “the father wakes up so that he can keep on dreaming.” What does Žižek mean by this paradoxical statement? He means that waking up is here a way to push back one’s worries down into the depth of the unconscious so as to avoid having to deal with them.

This is indeed the main occupation of our waking life. We chase away those worries that sometimes come back to haunt us in our sleep by escaping into reality: working, talking to our friends, getting drunk or going for a run. Pascal’s word for this practice was divertissement. French for ‘fun, entertainment, recreation,’ divertissement comes from the Latin ‘divergere’, that is, ‘to diverge’: having fun, keeping busy, is exactly how to distract/diverge one’s mind from the worries, the questions, the fears that would otherwise consume us. Rather than confronting one’s issues, one wakes up so as to be able to preserve the world of make-believe carefully constructed through our private lies to pretend that everything is okay.

Today’s biggest lie, today’s world of make-believe, is the ‘white liberal’ world and as this revolutionary dream unfolds, white liberals, just like Freud’s analysand, have been trying to wake up so as to keep on dreaming. To try and wake up they say that it is really outside agitators who are driving the protests and making them violent, that most demonstrators are peaceful and that they have no intention to destroy anything or hurt anyone. In this way they can keep on dreaming that they live in a free country, that we are seeing progress, that Biden will defeat Trump and all will be good, that Biden is some kind of alternative. White liberals are trying to wake up from this revolutionary dream, which is for them really a nightmare where their privilege is burnt to the ground as the status quo is brought into question and alternative forms of life are imagined. But let’s ignore their calls to reason, let’s not wake up, let’s dream on, let’s live this surreal moment of uprising a bit longer, so that we can confront white supremacy, so that we can confront systemic racism, so that we can confront poverty and the lack of basic rights like healthcare, rather than pretending that everything is alright just because we might be living in a bubble of privilege where things aren’t in the end that bad.

We are dreaming, but it’s a lucid dream where we can decide what to do.
Our actions will make all the difference as to what world we will wake up to. 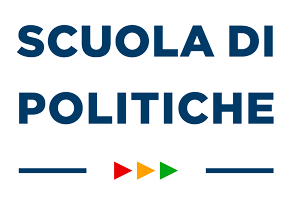